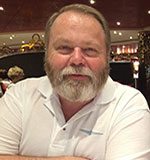 My first Thunderbird was a Red 2003. I'm not sure but that may be the only color it came in. Anyway, I went out to take it for a spin and found the battery tender showing a green light. Great. I disconnected it and closed the trunk. I went forward and opened the driver door, which felt funny. I got in and hit the ignition switch and...nothing. Well now I knew why the door felt funny, the window did not lower like it should have. No problem, my buddy Skip had told me that there was an emergency trunk release. Now let's see where did they put it? I know I'll just get out my service manual and check it. Oh wait, it's in the trunk. Drat!

Well I'll call Skip and ask him to refresh my memory. He told me to look for a keyhole behind the driver's seat. Sure enough it was in plain sight. I inserted the ignition key turn it to the right and....nothing. Back on the phone to Skip and had him check his service manual. We did a little comparison to his Bird and mine and determined mine was not working. Double Drat!!

The next day was the monthly MATC breakfast meeting and I thought it would be a great subject for my Tbird brain trust. (Skip, Ray, John, Harry, Dan and Ron) As it turned out no one at the breakfast had experience this problem. We talked about removing the trunk release button in the driver side door and applying 12v to see if we could jump the switch. But my buddy Harry warned that if I did that it might go to the ECM and then to the trunk release switch. If so it may damage the ECM. We talked about trying to get through the wall behind the seats, but with the hard top on and the soft top filling the bay, there was no way. We talked about trying to take out the emergency key release and pulling the cable manually, but that would be a lot of work and besides, what if the cable had broken on the trunk latch end?

After a lot of discussion and a great breakfast it was decided the best course of action was to discuss it with the service department at Plaza Ford.

So a few days later Skip and I made a journey over and picked up a new battery. In talking to a service manager and mechanic the suggestion was to crawl under the car and attach a battery jumper box to the positive pole of the starter and ground the other side. He was not sure that would work and he had not tried it himself but if I towed it in that's what he would try.

Before I go further I would like to add that, as you may know the Retro Thunderbirds require a battery with a drain, so you are probably not going to find one at Wal-Mart. I shopped online and called a few super stores. To my surprise the best price was at the Ford Dealer! Not only did it cost 20% less but it was a 100 month battery! All the others I found were 36 or 48 month. So thanks FoMoCo.

Now back to the adventure.

I called another buddy of mine, Jack, although he owns a lot of cars he does not own a Thundrbird. But he is a pretty good guy. I'm sure it's only a matter of time before he sees the light. He does have a 29' Ford pickup. As we made our plan, and drank a Coors Lite, It became plain to see that the car was going to need to be jacked up if Jack was going to fit underneath. That's right I said Jack. No way to get my God like body (Buddha) under a Retro Tbird. But no worries the Tbird came with a handy dandy jack... wait it's in the trunk. Triple Drat!

But no worries I have a 4-ton floor jack, which of course won't quite fit under the side of the car. A Coors Lite later and we came up with the idea to inflate the passenger side front tire. Voila it worked! After setting the parking break and chocking the rear tires, I slid the jack under, pumped it about 10 times then I slid Jack under with the jumper box. He made the attachments and I hit the trunk release button on the driver's door... Nothing. Jack said let me wiggle the connections a little. All of a sudden the driver window went down slightly. Success!! I quickly hit the release again and heard that wonderful sound of the trunk popping open.

One other thing I wanted to mention. In taking out the old battery I found that it had not been installed correctly or the vent hose had slipped off. In any case it had "vented" onto my trunk floor. But with a little water, baking soda and elbow grease it was cleaned up. Might be something you should check from time to time. Also I'm going to see how much trouble it would be to run a red battery cable from the starter nut to a mounting spot under the hood so if this comes up again it will be much easier to jump. I'll let you know how that project works out.

Back to Members Stories page